Seventh Edition Of The PIF Saudi Open Gets Underway Next Week 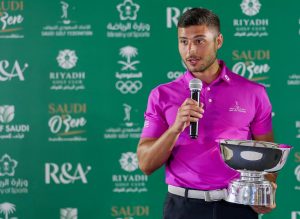 30 November, 2022, Riyadh, Saudi Arabia: History will be made next week when the Asian Development Tour (ADT) comes to Saudi Arabia for the first time. The PIF Saudi Open, which is due to get underway next Thursday between 8th – 10th December, at Golf Saudi managed Riyadh Golf Club, will see a large prize fund of $200,000 up for grabs. Participation in the tournament will be open to ADT players, as well as professional and amateur golf players in the Middle East and North Africa who are registered with a golf club.

As a result of Golf Saudi entering a 10-year partnership with the Asian Tour, the tournament is expected to receive wide interest from golf fans inside and outside the Kingdom. The fact that the PIF Saudi Open is being played on the ADT for the first time is confirmation of the strengthening of ties between the Asian Tour and Golf Saudi. Particularly as the 2023 edition of the US$5 million PIF Saudi International powered by Softbank Investment Advisers has now officially become the opening event on the Asian Tour’s annual calendar.

The PIF Saudi Open will also see the participation of a raft of up and coming players from the G.C.C and Arab countries, in addition to Saudi Arabia’s growing home talents from the National Team, who have all gone from strength to strength in recent years, as part of Golf Saudi wider Mass Participation programme to grow the game of golf in the Kingdom.

Majed Al Sorour, Deputy Chairman and CEO of the Saudi Golf Federation and Golf Saudi, said: “All of us at both the Saudi Golf Federation and Golf Saudi are incredibly excited about next week’s seventh edition of the PIF Saudi Open. Each and every year we host the tournament, it gets bigger and better. I am especially proud of how each edition provides Saudi and Arab golf players the opportunity to participate in a top tier competition in their home country and be able to not only develop their skill levels but also to test themselves and go head-to-head against players from different countries in the Middle East, North Africa and now the Asian Development Tour in a competitive environment.”

Managed by Golf Saudi and playing to a par of 72, Riyadh Golf Club is 20 minutes from Riyadh. The course, opened in 2005, is known for its undulating terrain, wide fairways and manicured greens.

Al Sorour continued: “By hosting tournaments such as the PIF Saudi Open, we hope to encourage and facilitate greater uptake in the game and offer our elite golfers the chance to compete against the very best. So, thanks must go to our strategic partners the Asian Tour for helping us to achieve that aim, as their involvement will mean the strongest player field in the PIF Saudi Open’s history.”

The tournament, which kicks off on the 8th December will witness the participation of the most prominent Saudi players, including the first and only Saudi professional player Othman Almulla, along with other National Team players: Abdulrahman Al-Mansour, Faisal Salhab and Saud Al Sharif. A lot will be at stake for those players competing, as the PIF Saudi Open also represents a qualification opportunity for the 2023 PIF Saudi International powered by SoftBank Investment Advisers, which will be held next February.

The PIF Saudi Open is part of a series of events that Golf Saudi holds annually to develop raise awareness of the game in the Kingdom as well as developing home-grown future talent. By holding such events, Golf Saudi is looking to increase the number of golfers throughout the Kingdom within all age groups and demographics. By working with other sports federations and the Ministry of Sport, Golf Saudi, which is the commercial development arm of the Saudi Golf Federation is looking to underline the wider benefit of sports participation more generally as part of Saudi Arabia’s progress towards its Vision 2030 goals to improve its citizens quality of life.

As for the ADT, it has been a springboard to the Asian Tour for dozens of players, including reigning Asian Tour Order of Merit champion Joohyung Kim of Korea and American John Catlin, a four-time winner on the Asian Tour. For further information on Golf Saudi and other upcoming tournaments and events, make sure to visit: www.golfsaudi.com. 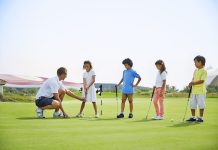 JULY IS ALL ABOUT FAMILIES AT TROON ABU DHABI 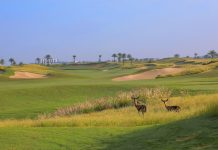 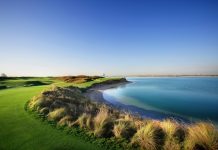